The 2nd State Conference of All India Postal & RMS Pensioners Association Tamilnadu State was held in Coimbatore City from 19th to 20th December, 2015.The Reception Committee headed by its Chairman Comrade P.R.Natarajan (Ex-Member of Parliament) and Comrade S.Karunanidhi (General Secretary) had made excellent arrangements for the State Conference and a band of volunteers from AIPRPA District Committee and NFPE P4 and GDS Coimbatore Divisional organizations made the conference very successful with their dedicated involvement.

The State Conference nominated a Patron and an Advisor to the
State Association as follows:

Thereafter the following Comrades were unanimously
elected as the State Office Bearers for the ensuing term: 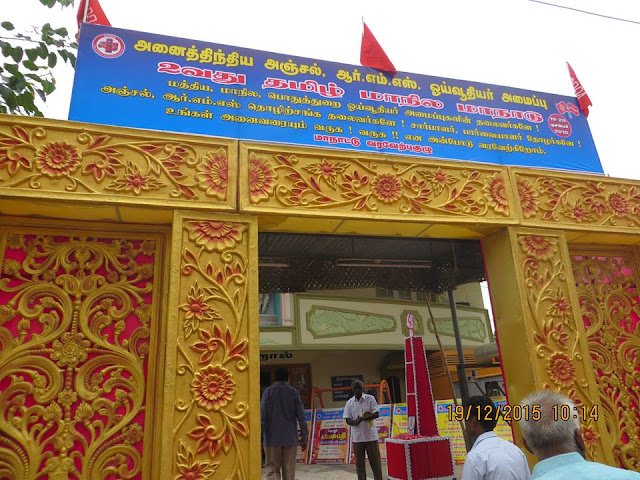 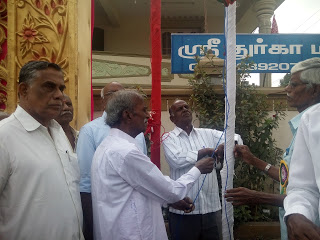 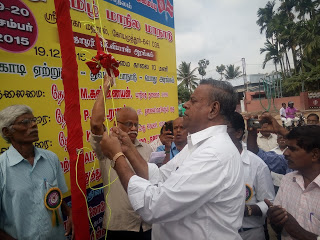 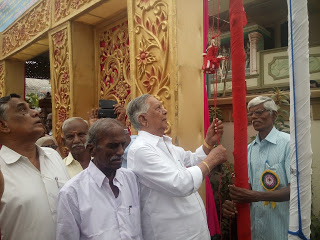 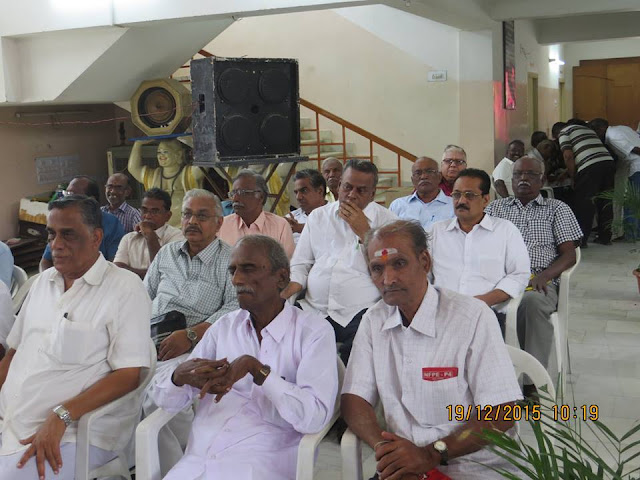 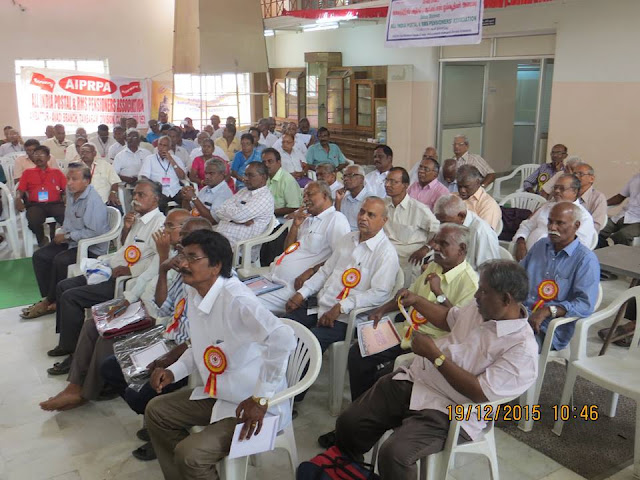 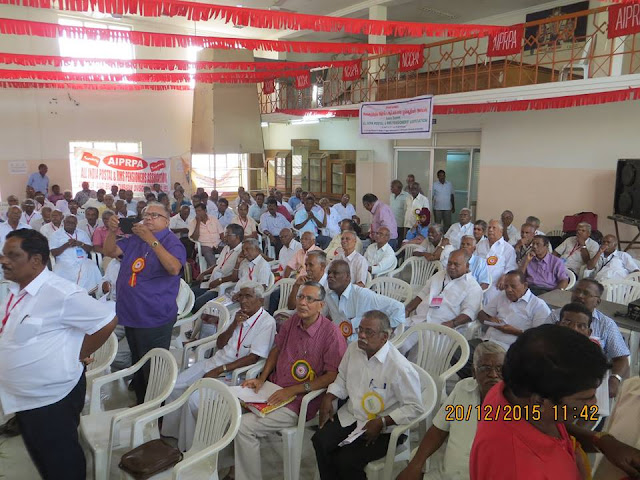 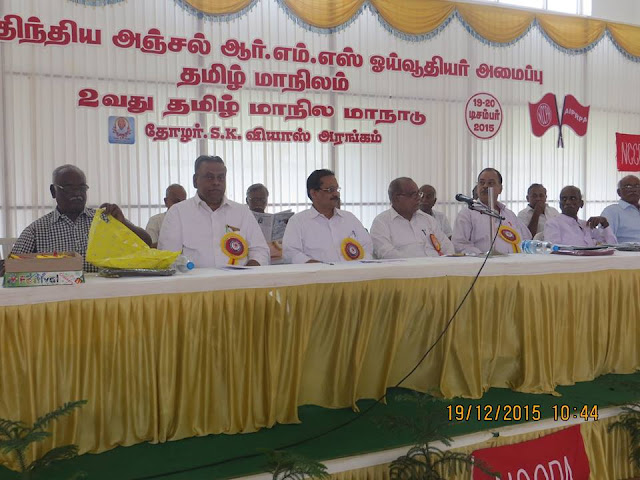 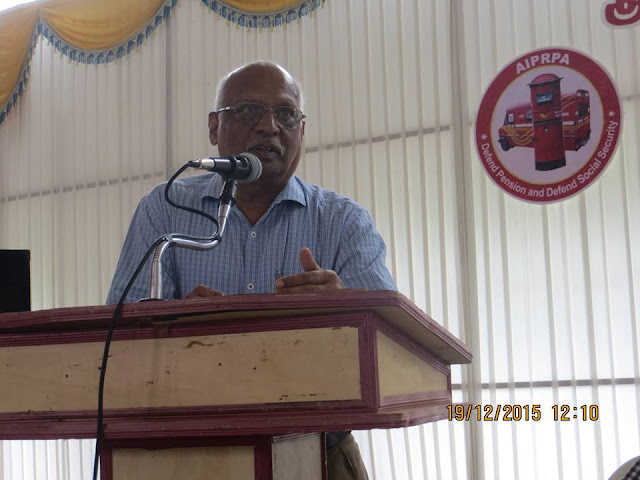 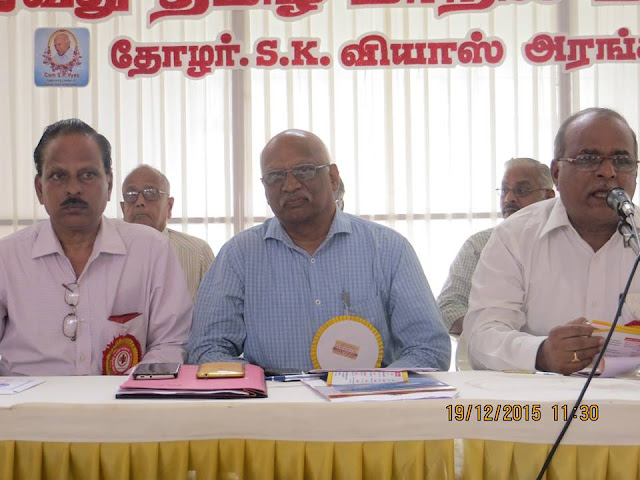 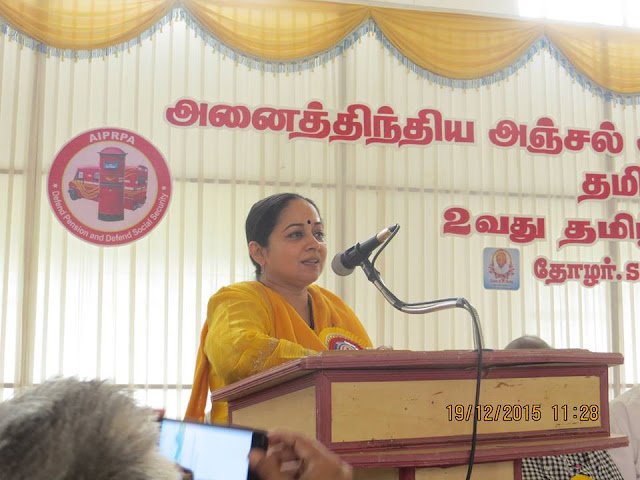 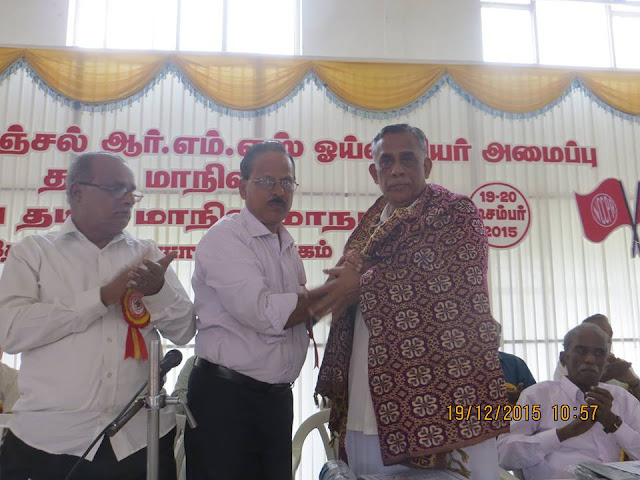 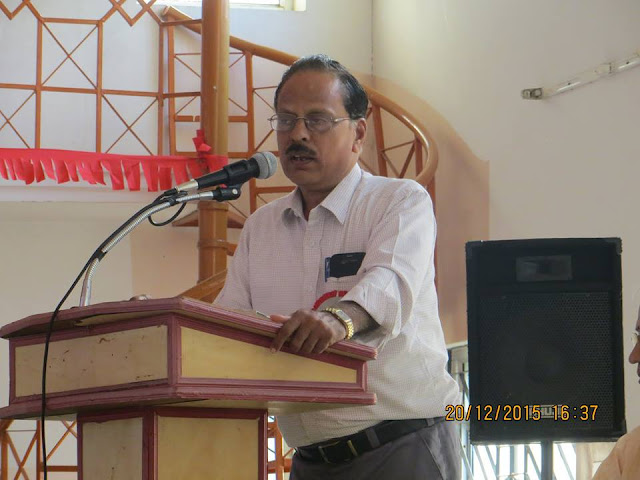 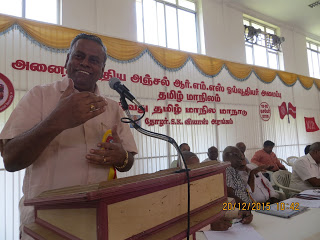 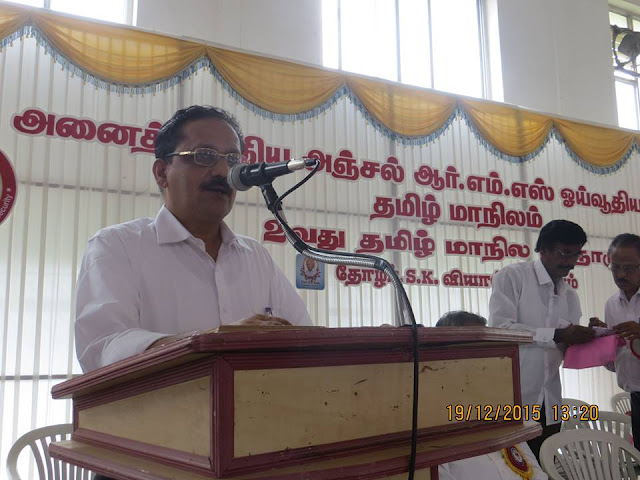 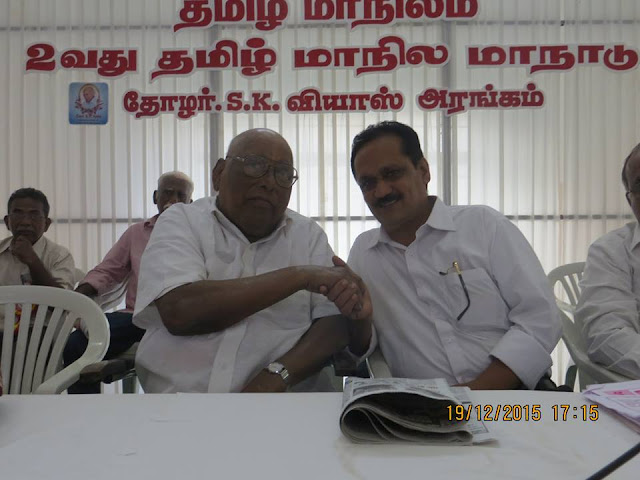 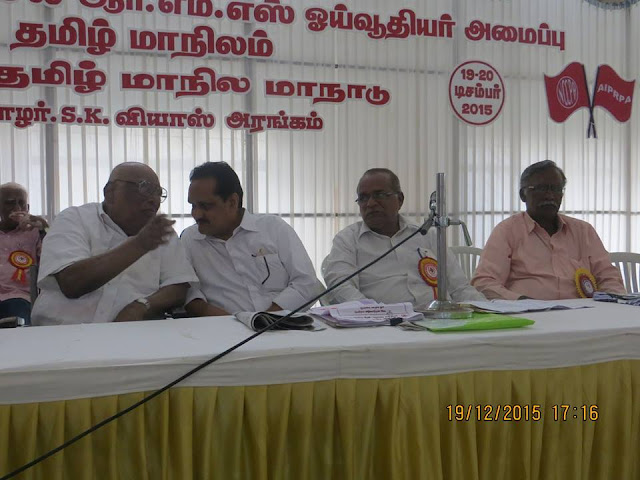 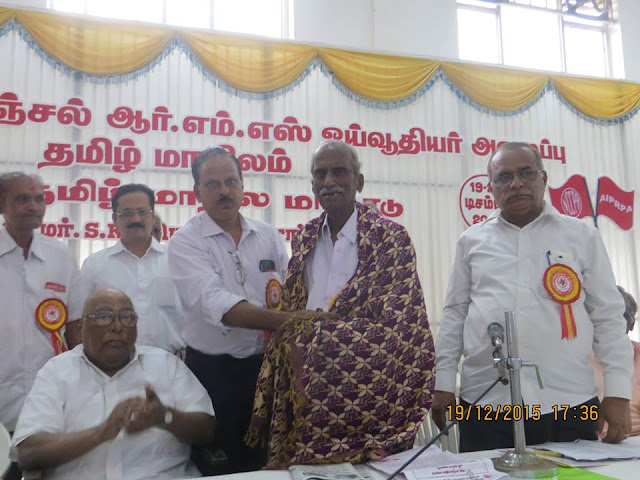 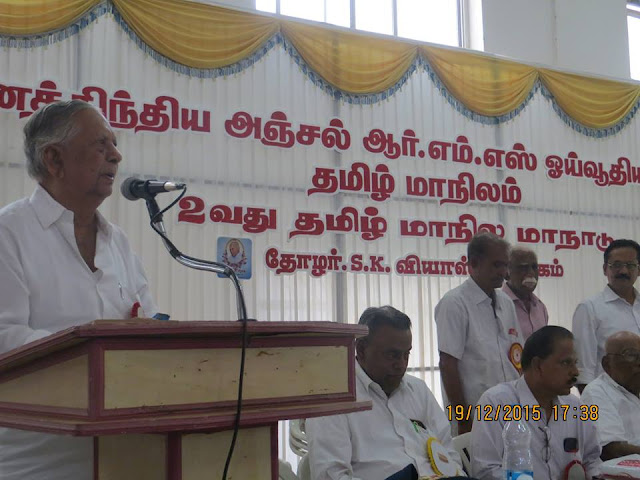 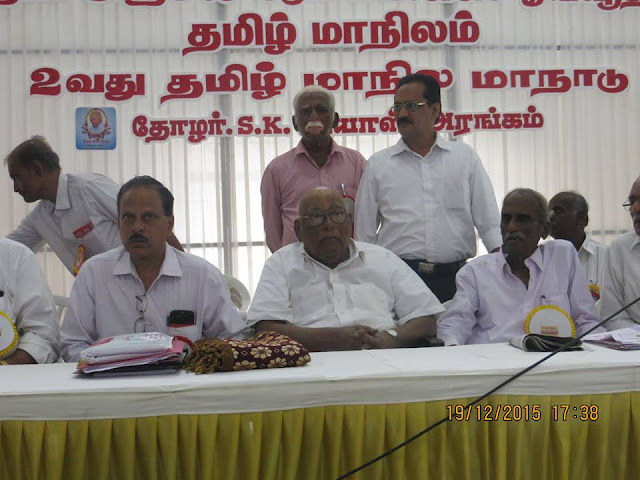 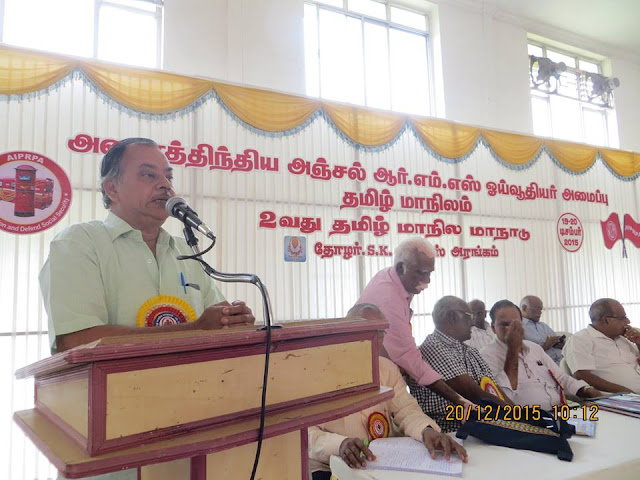 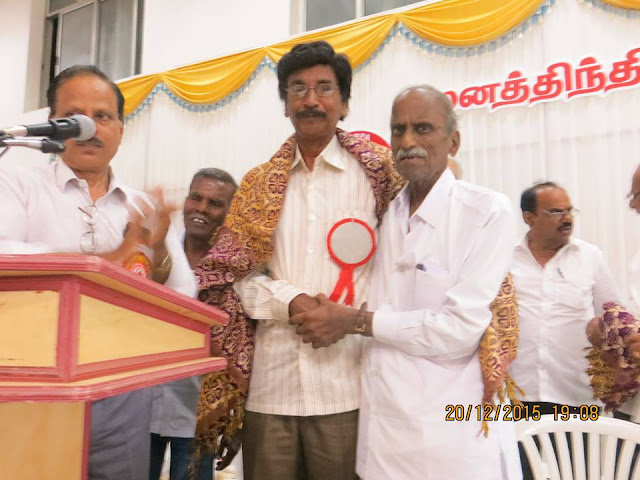 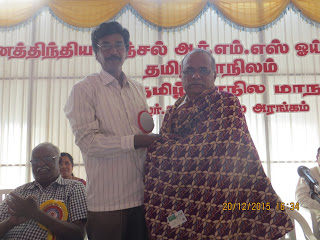