Veteran Communist Party of India leader Com. A.B. Bardhan, 92, is survived by son Ashok and daughter Alka. His wife, a professor in Nagpur University, died in1986.

com.Bardhan, who lived in the CPI headquarters in the national capital, was admitted to the hospital

on December 7 after he felt uneasiness and lost consciousness, died here on Saturday night after prolonged illness.

Com.Ardhendu Bhushan Bardhan has been a leading figure of the trade union movement and Left politics in Maharashtra. Bardhan entered the electoral politics in 1957 when he won as an Independent candidate in Maharashtra Assembly polls but there failed to achieve success in Lok Sabha and Rajya Sabha polls.

He later rose to become the General Secretary and then President of All India Trade Union Congress, the oldest trade union in India.

He is a great leader who fought for the cause of downtrodden and working class, decades together. 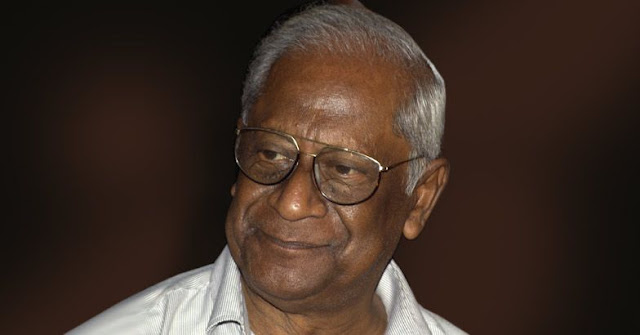