Latest orders on identification of posts on Postmaster cadre

Further Order on identification of Head Post offices for deployment of Postmasters as per new Recruitment Rules.
In continuation of the Department's order No. 13-2/2010-PE.I, dated 03.02.2010, now the Department vide its order of even No. 13-2/2010-PE.I dated 25.11.2010, directed the Circle Heads to identify the Head Post Offices / Sub Post Offices of respective circles to the extent of number indicated in the furnished below (scanned copy reproduced below) where the Postmasters of respective grades in each of the identified offices are to be deployed. During Identification, preference will be given to Head Post offices, Mukhya Dak Ghars, Offices identified for Core banking Solution, major delivery offices and offices located in prime locations serving as face of India Post. The decision once taken by the Chief Postmasters General would be final and no change in future would be permissible without consulting the Directorate.
In Tamilnadu Circle 270 Posts of LSG , 52 posts of HSG II and 50 Posts of HSG I are To be carved out for Postmaster Gr. I , Gr. II and Gr. III cadre respectively. The posts have to be identified by the CPMG, TN Circle shortly. 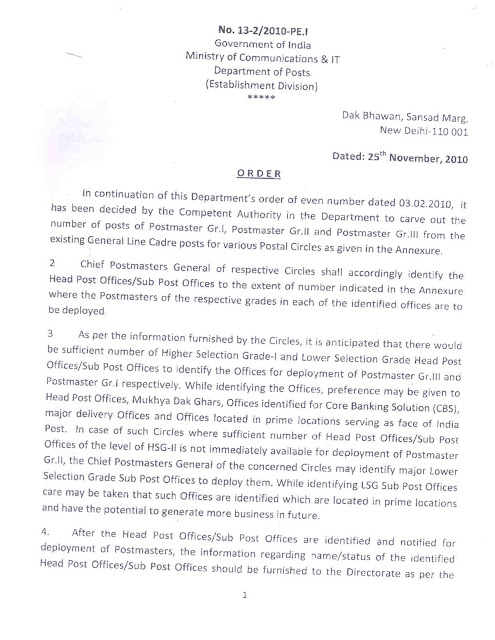 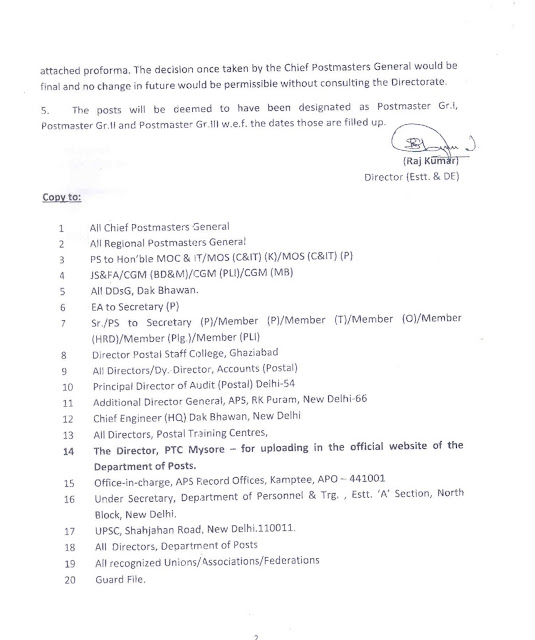 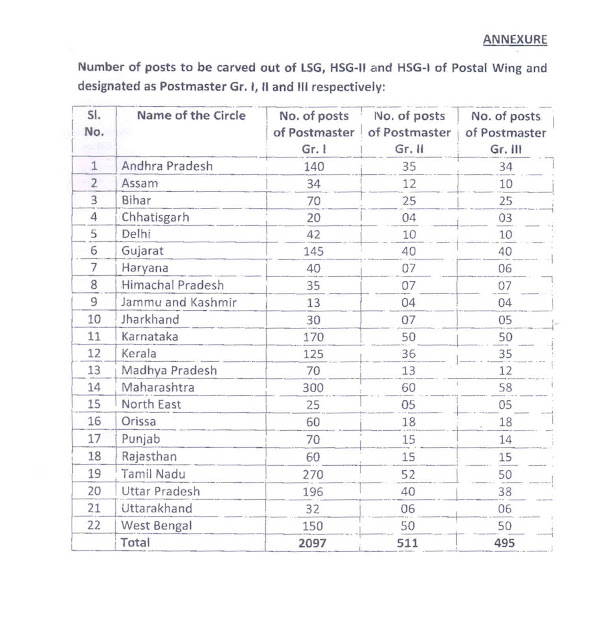 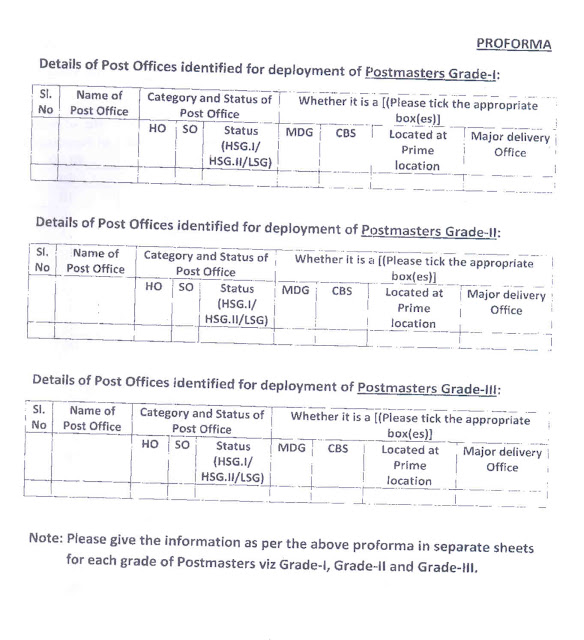