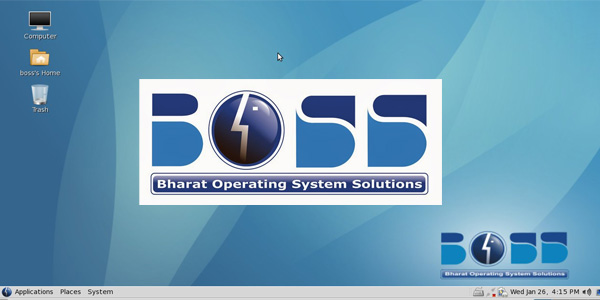 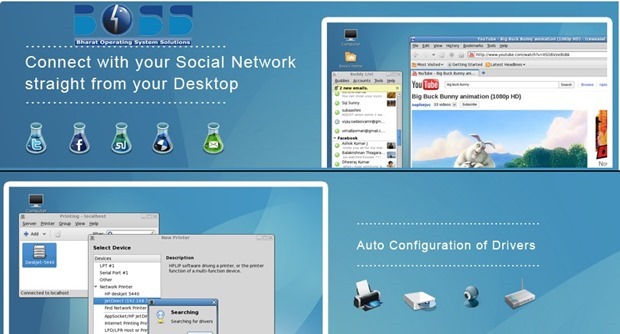 Centre for Development of Advanced Computing has announced the launch of BOSS-Bharat Operating Systems Solutions, a Linux based operating system GNU/Linux version 3.0 in 18 languages, reports The Hindu.

Developed by National Resource Centre for Free/Open Source Software (NRCFOSS) of India at Centre for Development of Advanced Computing (CDAC), Chennai, BOSS is an open source, Linux based OS. First launched in 2007, the current version of BOSS is 5.0., code named ‘Anokha’.
It can support 20 Indian languages, and has been developed keeping in mind various security and operational issues, which are especially relevant for Indian usage. Often described as ‘India’s own PC operating system’, BOSS has been endorsed by the Indian Govt. for adaption and implementation on a large scale.
Linux Foundation has already certified BOSS as per Linux Standard Base standard.
BOSS had been initially developed for desktop PC usage; it is not yet clear whether it will run on mobile devices as well.

But Why BOSS Now?

As per Edward Snowden’s leaked cables, India is one of the most watched, and scrutinized nations of the world; especially by US and China. We have observed how Chinese hackers are able to break into Indian Government’s servers easily, and steal crucial information.
By replacing Windows with BOSS, Indian Govt. can aim for greater protection and more security of its data.

BOSS was initially launched in 2007, but it saw poor adaption across Govt. offices and departments. In fact, last year when Orissa Primary Education Programme Authority required an OS for 15,000 computers across 3000 schools in the state, they chose Suse Linux OS, as BOSS proved to be ineffective for mass scale implementation.
However, the newest version which would be unveiled later this week, has been infused with new codes, and new functionalities, which seems promising. The newer version has been developed by DRDO, Gujarat Technical University and assistance of several private computer geeks has been taken.