The Postal Joint Council of Action of NFPE & FNPO with their GDS Unions staged a Dharna in Jantar Mantar today stressing their Postal Charter of Demands. However the focus had been on the issue of GDS. The JCA demanded that the GDS wage issues should be referred to the 7th CPC for appropriate recommendations instead of referring them to any Officer headed Committee.

The NFPE Federal Executive decision to discuss with Postal JCA for a decision to go on strike from November 23 for the Postal Charter with GDS issue as the prime demand was declared in the Dharna by the Secretary General NFPE. The Secretary General FNPO also was favourable for an action in November and he too stressed the need for united action by JCA as in the past. 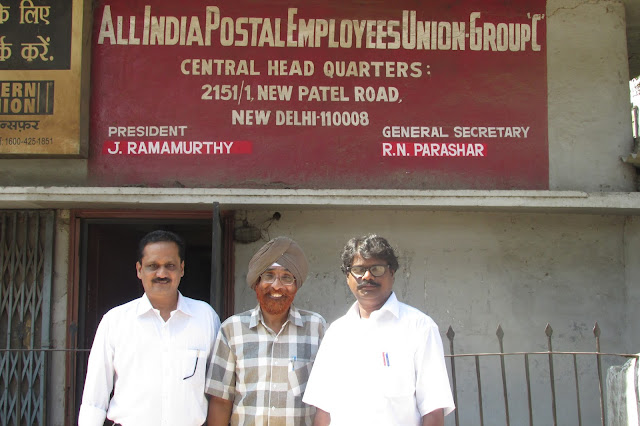 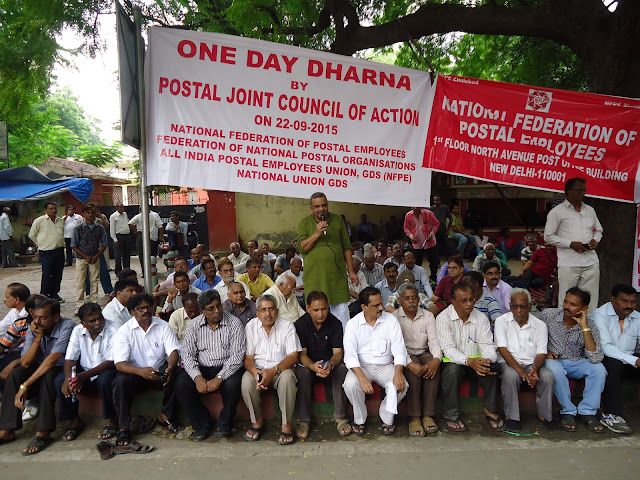 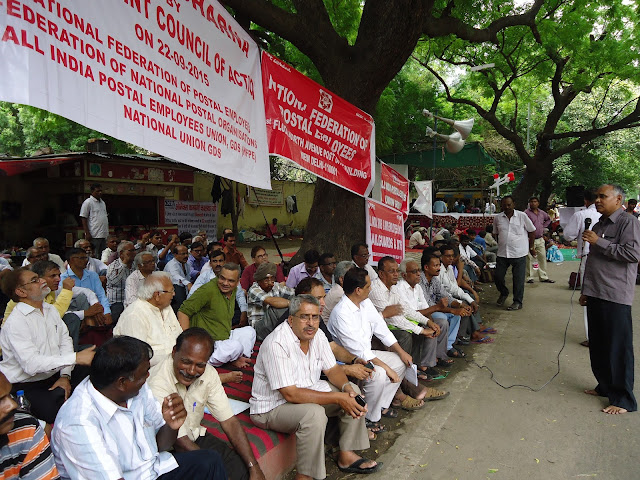 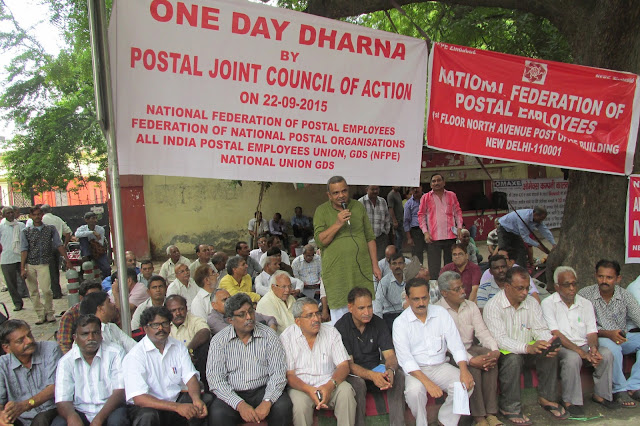 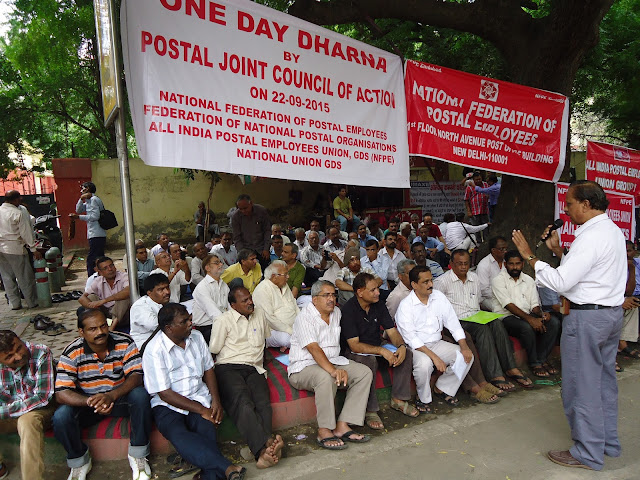 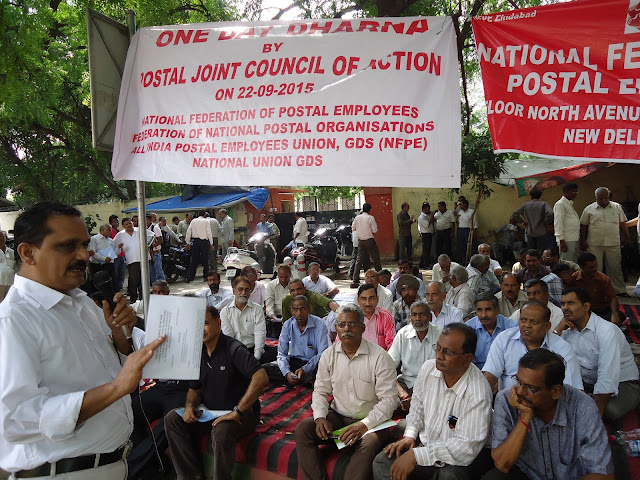 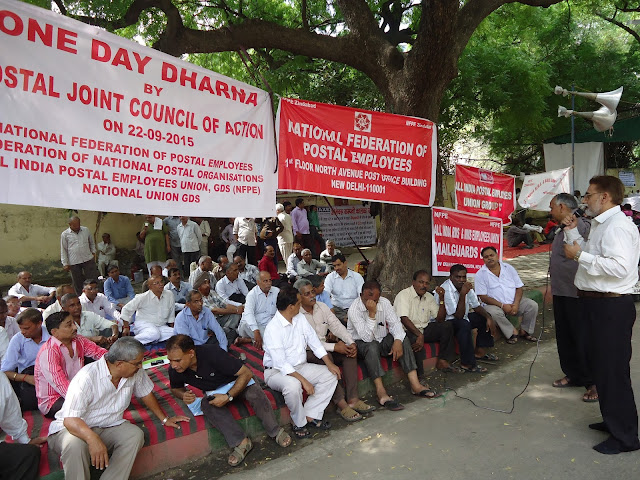 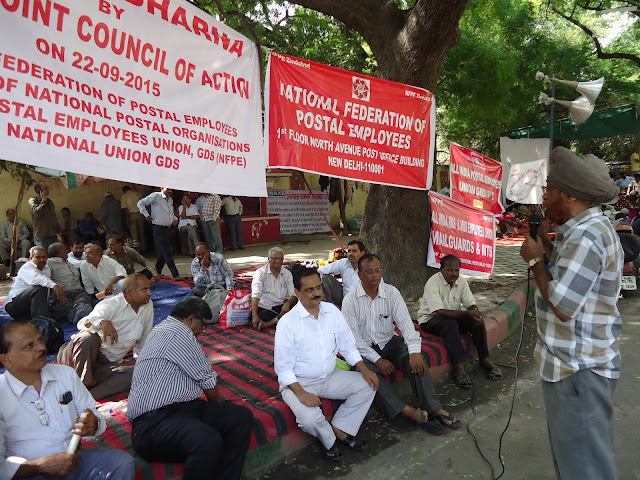 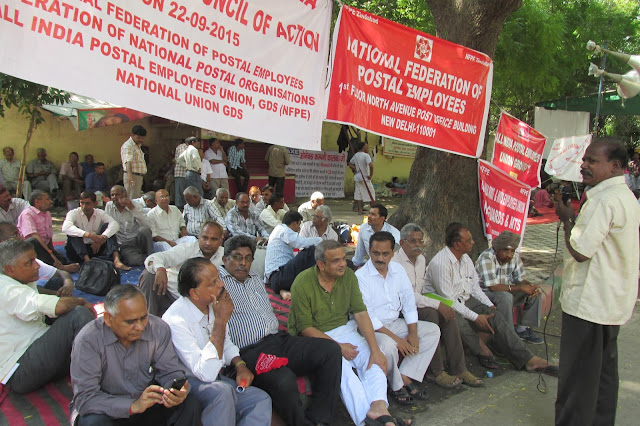 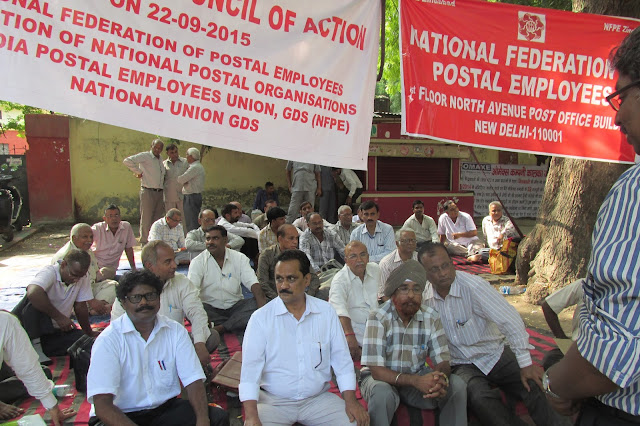