Govt will set up 650 branches of the postal payments bank by September 2017, says Ravi Shankar Prasad 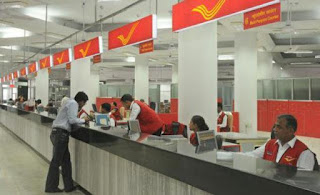 New Delhi: The government on Wednesday cleared a proposal to set up the India Post payments bank with a corpus of Rs.800 crore and has plans to have 650 branches operational by September 2017, telecom minister Ravi Shankar Prasad said.

The minister said the payments bank, which will be run by a chief executive officer, will be professionally managed and there will be a representation from various other government departments including the Department of Posts, Department of Expenditure, Department of Economic Services etc.

He said that all rural post offices will be given handheld devices by March 2017. “We are reinforcing it further. I have had discussion with my officers to give iPad and smartphones to postmen in urban post offices,” Prasad said. At present, there are 22,137 post offices with core banking facility compared to State Bank of India’s 1,666 branches.
Source : PTI